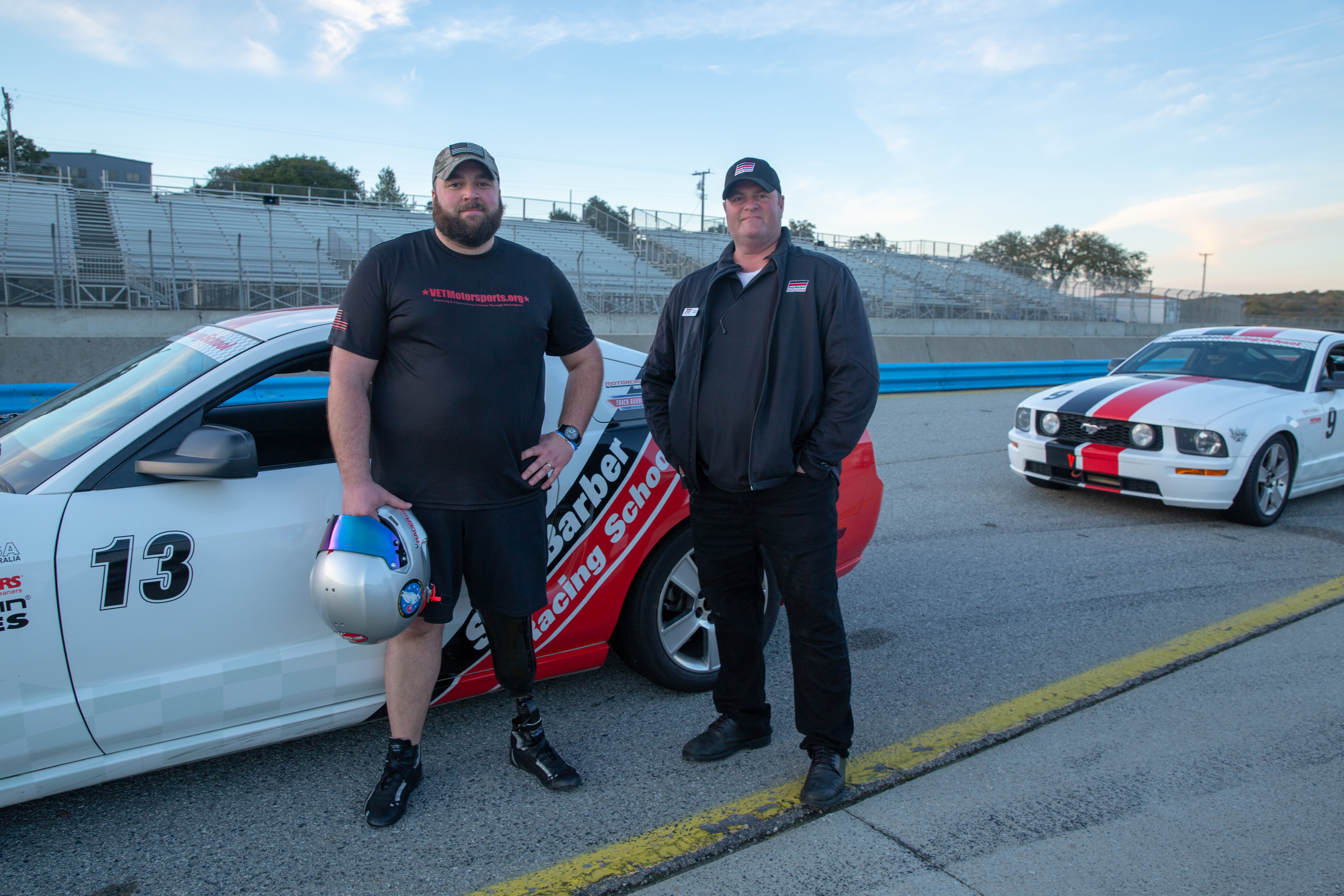 Army Veteran Jonathan Winker starting racing karts in middle school competitively. In high school he built his first car, a 1982 Ford Mustang and began racing. After graduating high school, he joined the ARMY as an Infantryman. Jon deployed to Iraq in 2009 and shortly before his tour was complete he was badly injured and almost lost his leg. He was medevac’d and his leg was salvaged. After several surgeries and over 18 months of recovery Jon had very limited mobility and extreme pain.

After returning home to Green Bay, Wisconsin , Jon was presented the option of more surgery or amputation of his left leg below the knee. The surgery would require a long recovery and would not guarantee a reduction in pain. The amputation had a better likelihood of pain reduction but Jon had obvious drawbacks. Jon opted to have his left leg amputated in October of 2013.

Within two months Jon had a enormous reduction in pain. Soon after that. Jon was fitted with his first prosthetic leg and was able to walk unassisted for the first time in four years. Seven months later Jon did his first open track event with a prosthesis. Before a year was up, Jon was running in his first 5k.

Jon is back on track and competes in pro-touring, autocross and time trial events with his ROUSH Mustang. Jon’s dream is to obtain a SCCA Competition License and compete in wheel to wheel racing. That’s when the Skip barber Racing School stepped in to help one of our wounded Veterans.

Jons story was told to us by Paul Pfanner at Racer Magazine and we immediately enrolled him in our 3 Day Racing School this week at WeatherTech Raceway Laguna Seca. Pictured here with Jon on pit road, is Anthony DeMonte, the CEO of the Skip Barber Racing School who welcomed Jon on his first day at School.

Upon successfully completing his 3 Day, Jon will be eligible for a regional SCCA Competition License.  He will continue up the Skip Barber ladder and take our 2 Day Advanced Racing School where he will earn is full SCCA Competition License. After that, it’s on to private coaching sessions with our Instructors where he’ll learn the racecraft he’ll need to compete at the highest levels of our sport.

When Jon is on the track, he does not have a disability. Racing offers Jon the ability to compete against able-bodied drivers on a totally level playing field, something that no other sport can offer.

Aside from being a great racer, he’s a great man. It is our great honor to have this wounded veteran and American hero with us this week and look forward to welcoming him into our family of elite drivers.

To learn more about Jon, and to support him and other wounded Veterans visit the Recon Racing  and  VETMotorsports  websites.