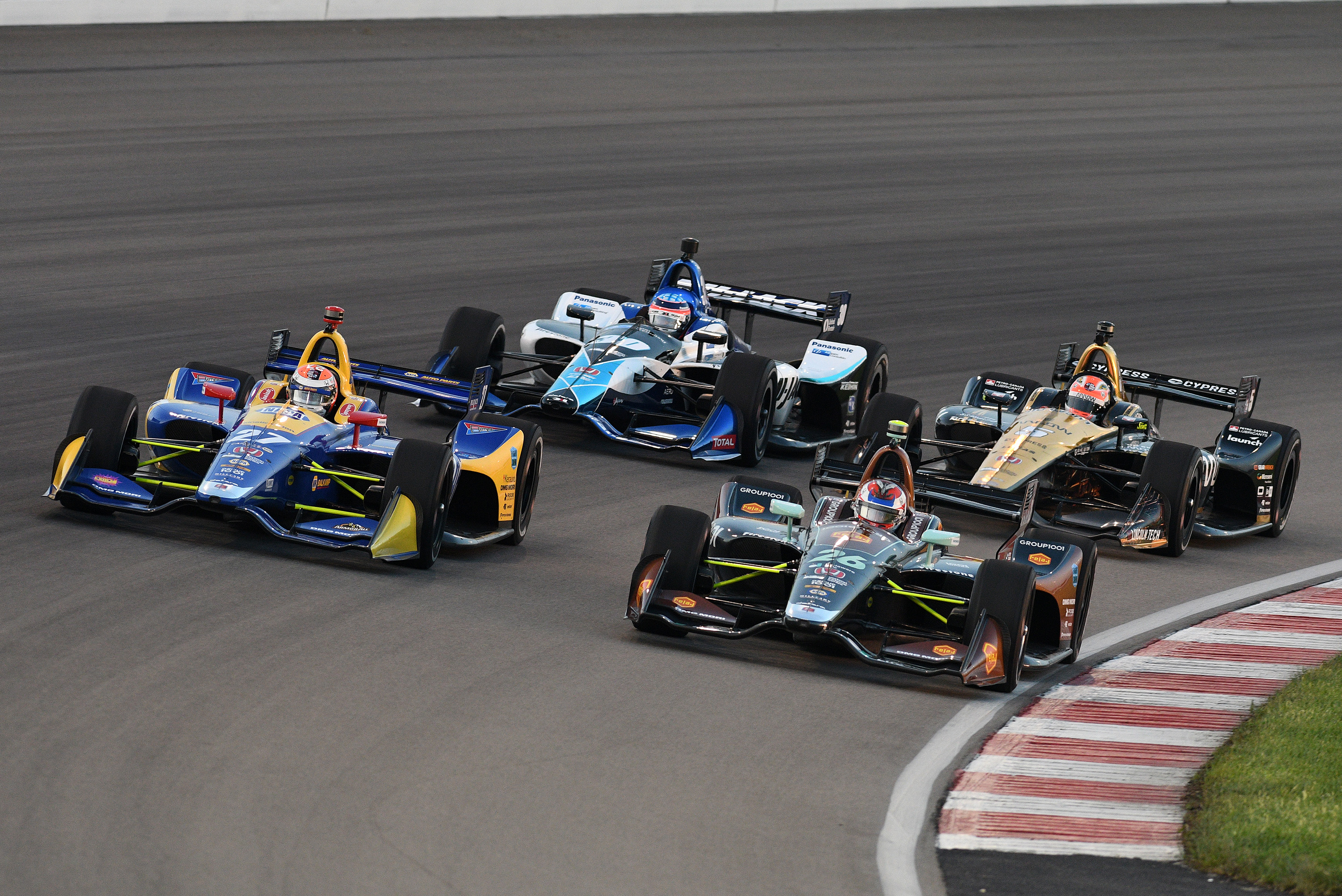 When the green flag drops on the Indianapolis 500 on Sunday, May 26, thirty- three drivers will stand on the accelerator and focus their racing best for the next dizzying 500 miles. Fifteen of those drivers will have something very much in common. They are all Skip Barber Racing School alumni.

Included in that number will be four past winners who honed their skills in the red, black and white livery of Skip Barber Racing.  Alexander Rossi took the Indy checkered flag in 2016. Two years before that, Ryan Hunter-Reay outlasted and out drove the rest of the field for the win, just as Tony Kanaan had the prior year.

And, then, there’s Helio Castroneves, the proud winner of three Indy 500 races – in 2001, 2002 and 2009. His fence climbing exhibitions have made him a crowd favorite, and his incredible driving skills made him a stand out during his time at Skip Barber Racing School.

Twelve other Skip Barber Racing School alumni will be in the field, including two of the three drivers on the front row. Ed Carpenter and Spencer Pigot both share alumni status as do second row starter, 19-year-old rookie Colton Herta whose father, piloting Marco Andretti’s team, is also an alumnus.

And, if you’d like to pursue a bit of Indy/Skip Barber Racing School trivia, the next time you see Sage Karam, ask him about his Indianapolis Motor Speedway tattoo.  It may not be as glorious as the one Tony Kanaan had done when he took the 2013 crown, but it was quite a moment when he came home and showed his father.  Or, you can just watch his video interview.

Also roaring onto a track near you this weekend are the NASCAR Coca-Cola 600 in Charlotte, NC that is loaded with Skip Barber Racing School alumni as is the Trans Am by Pirelli Memorial Day Motorsports Festival at Lime Rock Park in Lakeville, CT.