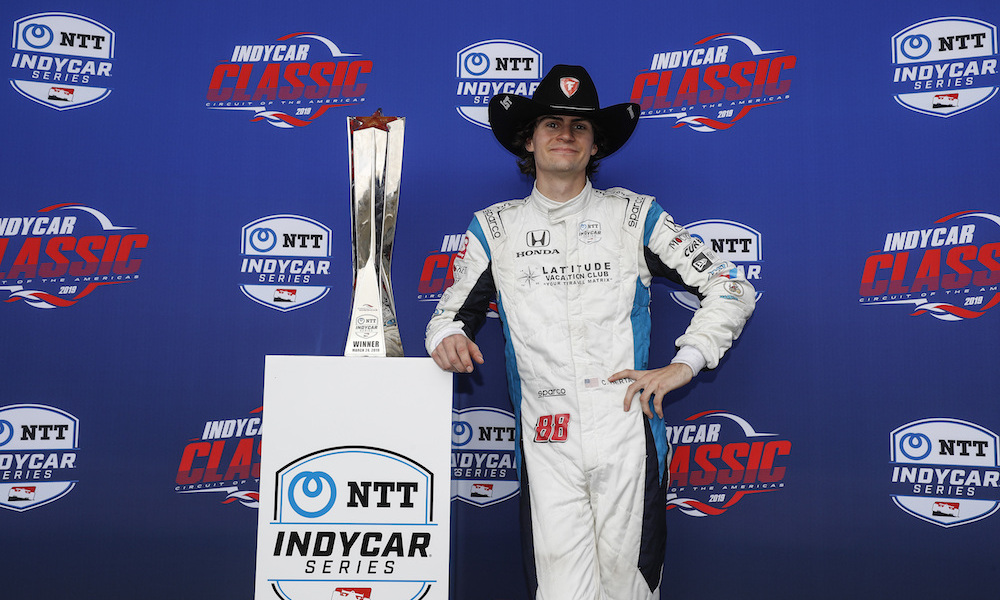 Colton Herta must be getting tired of being identified as “the youngest …”  At the ripe old age of 19, he’s managed to be the youngest driver, winner and champion in a collection of racing series that has already taken him around the world. Now, as the adrenaline begins to bubble up for the 2019 Indianapolis 500, there, poised to focus his incredible skills and personal drive on the biggest race of his young life, Colton Herta is starting in the middle of the second row.  Grid position 5.  If he bothers to look over his shoulder, some of the greats are there … behind him. A graduate of the Skip Barber Racing School as is his father, IndyCar driver and two-time race winning owner Bryan Herta, Colton is mastering open-wheel racing, while still finding the time and energy to compete in sports car racing, having finished first in the GTLM class at this year’s 24 Hours of Daytona.

As his father, Bryan said with a  smile as Colton, still 18 at the time, became the youngest IndyCar race winner at Circuit of America, “I think he’s getting the hang of it …”