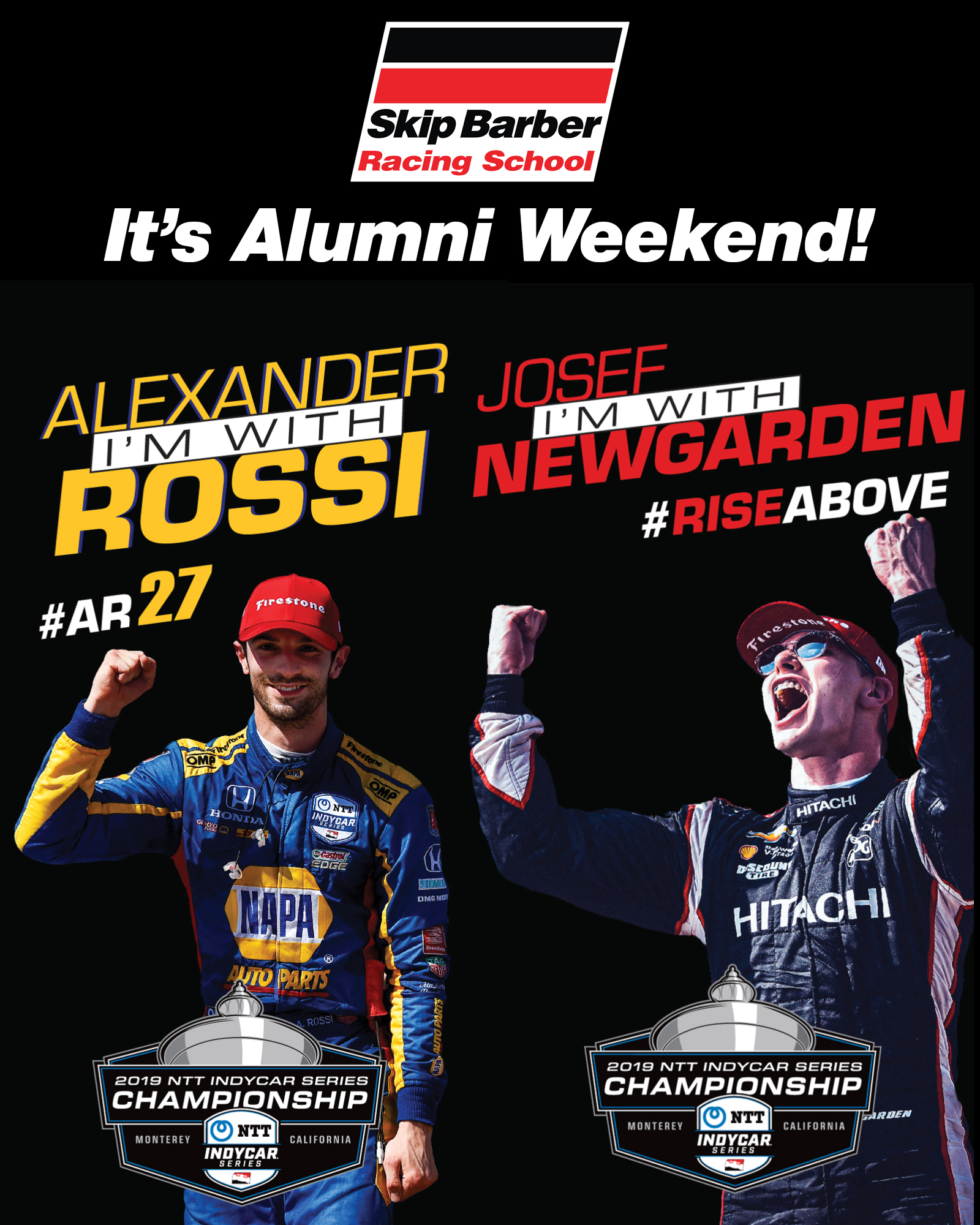 There’s no homecoming football game, bonfire or fraternity tailgating planned.  This is racing, and on Sunday at the legendary WeatherTech Raceway Laguna Seca, the IndyCar title for 2019 will be decided, and two proud graduates of the Skip Barber Racing School will be firmly in the spotlight.

Both Josef Newgarden, the points leader, and Alexander Rossi, 2016 winner of the Indianapolis 500, who sits 41 points behind both honed their amazing racing skills at the Skip Barber Racing School.

IndyCar is racing in the rarefied air of the best of the best. With the recent announcement of including amazing Formula 4 cars to the Skip Barber Racing School line-up, drivers can register for the experience of a lifetime and share some of the exhilaration that Rossi and Newgarden experience every time they take the track. With schools scheduled for Indianapolis Motor Speedway in October and the Circuit of the Americas in November, Formula racing is a simple registration away.

Understanding that winning is everything, Rossi offered this evaluation of the September 22 showdown. “It’s pretty much a blank slate for everyone, and that’s exciting because it rewards the teams and drivers that come to grips with everything the quickest.”

And, Rossi should know. It was on this track that he began his career attending the Skip Barber School conducted on the twisting 2.25-mile track that has not hosted IndyCar in 15 years. Rossi knows the track. He knows that passing points are few and far between. Start in front and stay there is the strategy. Can he use that advantage to overcome the 41 point deficit to take the crown?

Not if Newgarden has anything to say about it. The 2017 IndyCar champion has created an impressive racing career after his time with the Skip Barber Racing School. As he looks forward to defending his series lead and capping off a brilliant season, his comments are brief and to the point. “Focused on the challenge ahead …. Bring on race week!”

For those who find the idea of learning how to race on the track and with the pre-eminent racing school that taught Alexander Rossi, the Skip Barber Racing School has announced dates in November at the historic track with One, Three and Two-Day Advanced schools scheduled as well as Hagerty Driving Academy days.