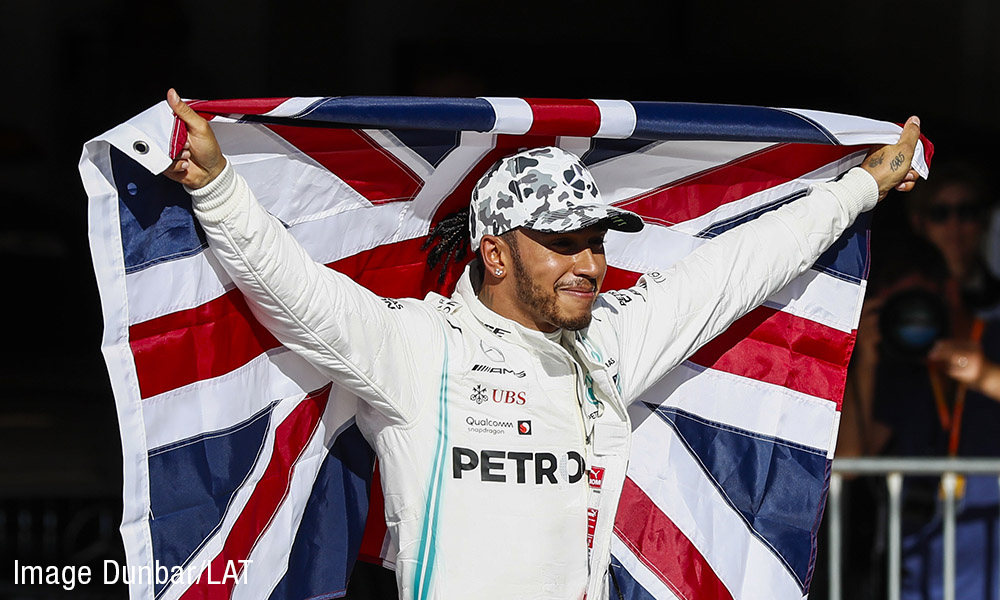 There were those close to Lewis Hamilton who encouraged the reigning Formula 1 World Champion to “take it easy” during the running of this past weekend’s Emirates United States Grand Prix at Circuit of the Americas (COTA) in Austin, Texas. After all, by taking a leisurely Sunday drive in his Mercedes and finishing at least 8th at the end of the day would have insured him his sixth World Championship. And, besides, there are two more races (Brazil and United Arab Emirates/Abu Dhabi) left in the season.

Hamilton evidently didn’t get the email.

The battle for first raged throughout the November 3rd running of the event, hosted at one of the most exciting motorsport race tracks in the world. COTA was built for Formula 1 racing, and the excitement and drama of the race underscored that fact. The only Grade 1 FIA Circuit in the United States, COTA is only one of 26 such tracks in the world. Driving this track is pure excitement.

In the end, it was Hamilton’s teammate, Valtteri Bottas, who took the checkered flag, followed closely by Hamilton, who was leading late in the race. Perhaps it was a very bold tire strategy that spelled the difference. Still, regardless, the global audience was treated to a fierce driving demonstration by brilliant competitors that, in the end, saw Hamilton crowned World Champion for the 6th time.

In a poignant display of the kind of sportsmanship that runs strong in motor racing, Scuderia Ferrari driver Sebastian Vettel, himself a four-time F1 World Champion, waited for Hamilton after the race to congratulate him on his sixth championship. “He deserves all of it,” declared Vettel, who, with Hamilton, has taken the championship 9 out of the last 10 years.
Hamilton himself, in typical self-effacing fashion, admitted that he was “above cloud nine” with the championship win, which puts him one championship away from the all-time winning driver, the legendary Michael Schumacher, who took the title seven times.

To put Hamilton’s accomplishment in perspective, his sixth World Championship gives him one more title than the legendary Juan Manuel Fangio and doubles the number achieved by Sir Jackie Stewart.
When asked the almost silly question about what he would do next, Hamilton came back with the sobering declaration, “I’ll keep pushing.” 2020 may allow him to snatch one more championship with massive Formula 1 rule changes due to be enforced in 2021.

Those rule changes, instituted by the FIA, could change the face of Formula 1, making it a bit more accessible, and more competitive. At the heart of those changes will be the spending limit per car, which will be set at a mere $175 Million. That does not include driver’s salaries (Hamilton reportedly will make $57 million this season) and other direct expenses to operating a car or a team.

Other changes impact the aerodynamics of the car, the ease with which new parts can be added on a race weekend, the rule that the car that is approved must be the car that is raced and design elements that will, indeed, make the car more attractive for the viewers.

But, for a moment, back to the scene of the 2019 Emirates United States Grand Prix. COTA is a fantastic track, distinguished by its use of the Texas Hill Country topography, including the daunting 11-degree hill that leads to Turn 1. Hamilton made clever use of that turn at the start of the race, not allowing himself to get caught up in traffic (he started back in the pack) but using the corner to his advantage.

The second school offerings will be in December, with One-Day and Two-Day Advanced courses being offered on the 16th and 17th. The Skip Barber Racing School team of instructors are skilled in all forms of open-wheel racing, and their insights into the sport, the track and the skills needed to be encouraged and honed are second to none.

Those who follow motor racing are familiar with the term “the track is hot.” It was sizzling for the US Grand Prix, and it will be for the Skip Barber Racing Schools in November and December. The seats in those amazing Formula 4 cars are filling up fast, so if Formula Fever has gotten to you, now is the day to move on securing a spot as the Skip Barber Racing School presents Formula 4 at COTA.