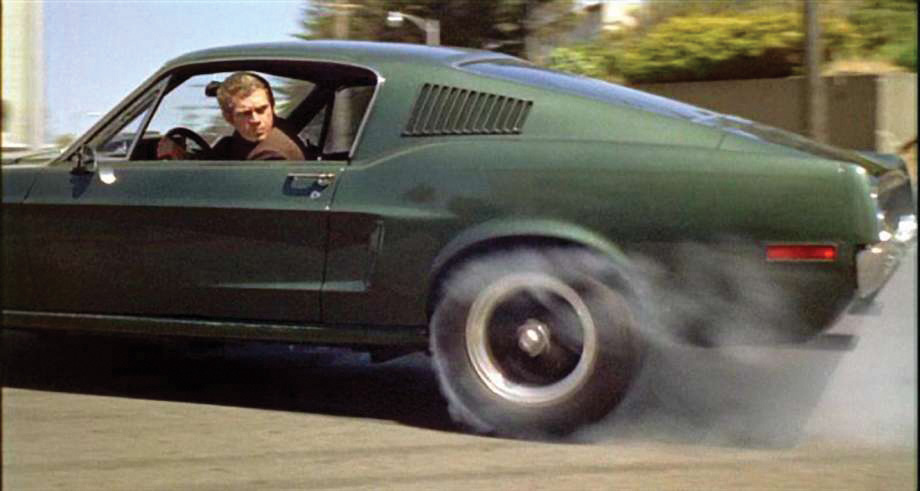 On a typical day, you probably wouldn’t have given it a second look. The paint has faded and worn-down in places to reveal the primer. There are dents on the roof and the driver’s side quarter panel. There’s rust on the bumper. In its day, it was a beauty, but the years have not been kind to the 1968 Mustang Fastback. The Highland Green color has given way to a dull oxidation tone that doesn’t have a name.

But, the car does have a name. It’s “The Bullitt Car,” made perpetually famous as the avenging vehicle in the 1968 film of the same name, and it sold this past weekend for a total of $3.74 Million at the Mecum Auto Auction in Kissimmee, FL. Seller Sean Kiernan summed up the final gavel price with a simple and profound “Holy Smokes!” He and his family will return to their Tennessee farm with memories of the car stretching over 40 years, most of which were marked with the Mustang sitting in the family barn.

Watching the iconic chase scene from the Steve McQueen movie has been part of the right of passage of many a young auto enthusiast. Over 1.5 million views on YouTube will relive the legendary chase as McQueen (and a few stunt drivers) raced through San Francisco into the surrounding hills pursuing a Dodge Charger R/T 440, leaving a wrecked motorcycle, several wrecked cars and a general trail of destruction in its wake.

To make the vehicles competitive, the Mustang was modified by veteran race driver and engineer Matching. After the film was released, critics reconstructed the route taken in the chase and revealed that by stitching together takes from various production setups. It would have been impossible for the chase route to have been driven in the elapsed time. There were several other inconsistencies noted, but the end result won the film’s editor, an OSCAR.

When filming was complete, the production company disposed of the two identical Mustangs. One — the vehicle used to slam into the Charger, eventually forcing it off the road to end up in a fiery crash – was demolished. The other fastback was sold for the sum of $3500.

When the buyer decided to part with the now-famous machine, it was posted in Road & Track, and Robert Kiernan bought it for $3500. Since Kiernan used the train to commute into New York every day, the car became the daily commuter for his wife, a school teacher. It was only when the clutch wore out that the car was garaged and became a family heirloom passed on to son Sean after Robert died.

After a grand tour of the United States by the Mustang, the car rolled onto the Mecum auction block, and the bidding began at $3500.

Since its introduction at the New York World’s Fair through the notoriety gained as a star in Bullitt, the Mustang has been the iconic American sports car. Cobra modifications, various body alterations, and numerous engine iterations have all added to the legend that is the Ford Mustang.

The Skip Barber Racing School proudly uses race engineered and maintained Mustang GT’s as the car of choice in all of the driving school offerings — Introduction to racing, One Day, Three Day, and Two Day Advanced. With the speed and handling made legendary on film, these cars perform at the highest levels and encourage budding race car drivers to learn, to improve and to excel with the excellent mentoring of The Skip Barber Racing School instructors.

With 2020 shaping up as the year to recognize 45 years of racing school excellence by The Skip Barber Racing School and classes filling up at Circuit of the Americas, Michelin Raceway Road Atlanta and Sebring International Raceway, could there be a better time to sign up and become part of a racing tradition? We think not. Give us a call today to find the time, the track, and the program that’s perfect for you.