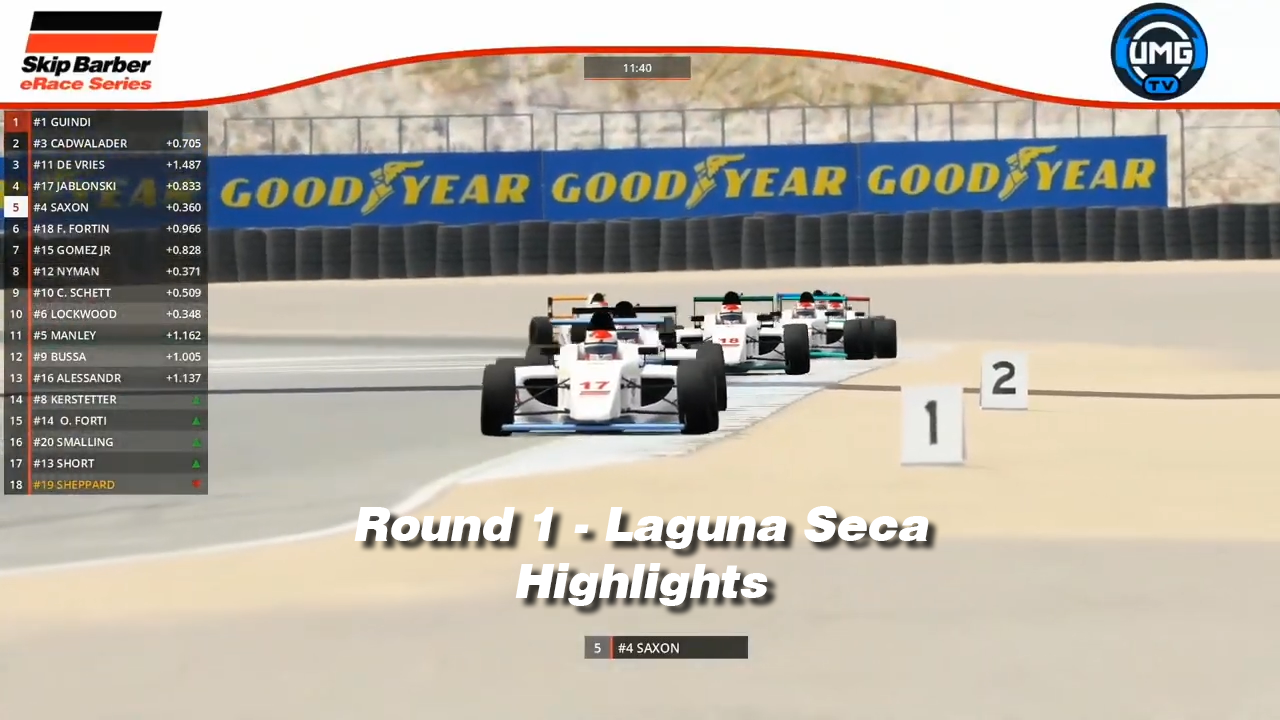 Round 1 of the Skip Barber eRace Series came to an exciting finish on a beautiful day in Monterey, California at the legendary Laguna Seca.

Leading from green to checkered, Johnny Guindi took the win in both Race 1 and Race 2. Johnny set the fastest lap in the Hot Lap Qualifier for Laguna Seca and was the 2016 winner of the GT Academy International. His last time behind the wheel in the real-world was with Nissan Nismo where he drove in the 2017 Dubai 24h race.

Right behind him in both races was Thomas Cadwalader. Showing his skill both in sim and real life, Cadwalader recently tested in the Skip Barber Formula car at COTA.

Race 1 Third Place went to Josh Jablonski, a driver out of Minnesota. Josh has been karting for over 10 years and started sim racing in 2013.

Third Place went to Nathon Saxon in Race 2. Saxon started sim racing in 2011, but just finished up his first season of real-world racing with SCCA where he campaigns a Spec Miata.

In each race, we award a driver with the Hard Charger award. This is the driver that has battled through the pack to gain the most positions.

In Race 1, DJ Alessandrini battled from 17th place to 9th to be crowned the Race 1 Hard Charger. In Race 2, Nicholas Short went from 11th to 5th, and won the Race 2 Hard Charger award. These drivers will receive a 1 Day Racing School at Skip Barber Racing School!

Next week we are headed to Spa, don’t miss out on the action. We go live Sunday May 31st at 3PM!

Want to join the action, sign up for Week 3 at Daytona International Speedway!