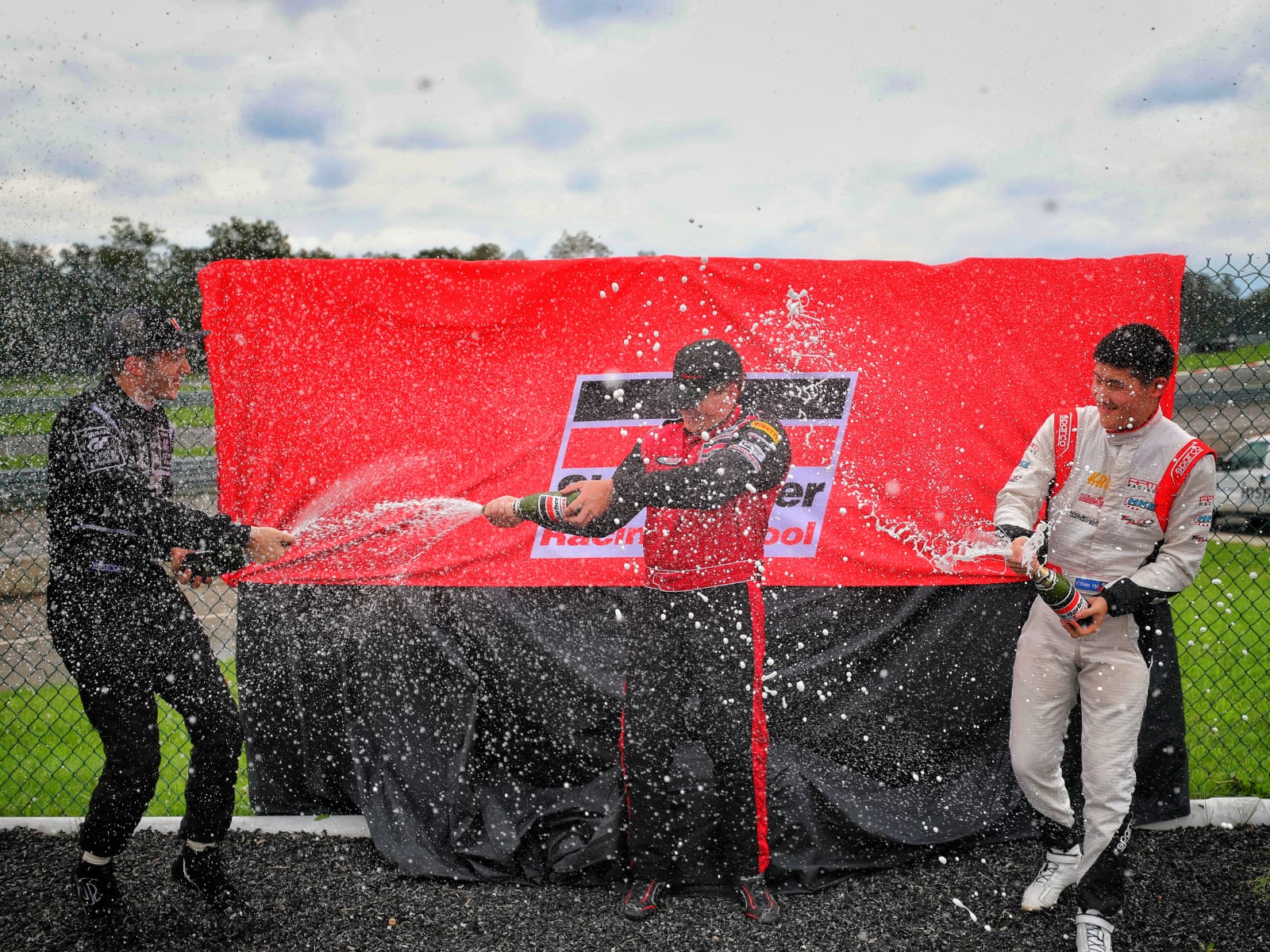 Johnny Guindi claimed another victory in Race 1, while series newcomer, William Lambros, took the win in Race 2 of Round 2 of the Skip Barber Race Series this week at New Jersey Motorsports Park.

In a very wet Practice and Qualifying session, the battle between Guindi and Lambros was heating up. During Qualifying both drivers would trade pole positions, pushing each other to go faster in the rain until Guindi would set the fastest lap of the day and secure the pole with a 0.279 gap to Lambros. Dean Lambros, Williams younger brother, would set the third fastest time of the day, followed by Ethan Ho.

After a great start in a rainy Race 1, The Lambros brothers were able to jump ahead of Guindi, with William putting over a second between himself and Dean. After a big spin in the Lightbulb, Dean would concede second place to Guindi who was closing in his sights on William.

Guindi, showing his skill of racing in the rain would claim his second victory in Race 1, followed closely by eRace Series rival, Tommy Cadwalader. Just behind Cadwalader, David Adorno would make his way to his first podium, crossing the finish line in third. Series regular, Ethan Ho, would just miss the podium, taking fourth. 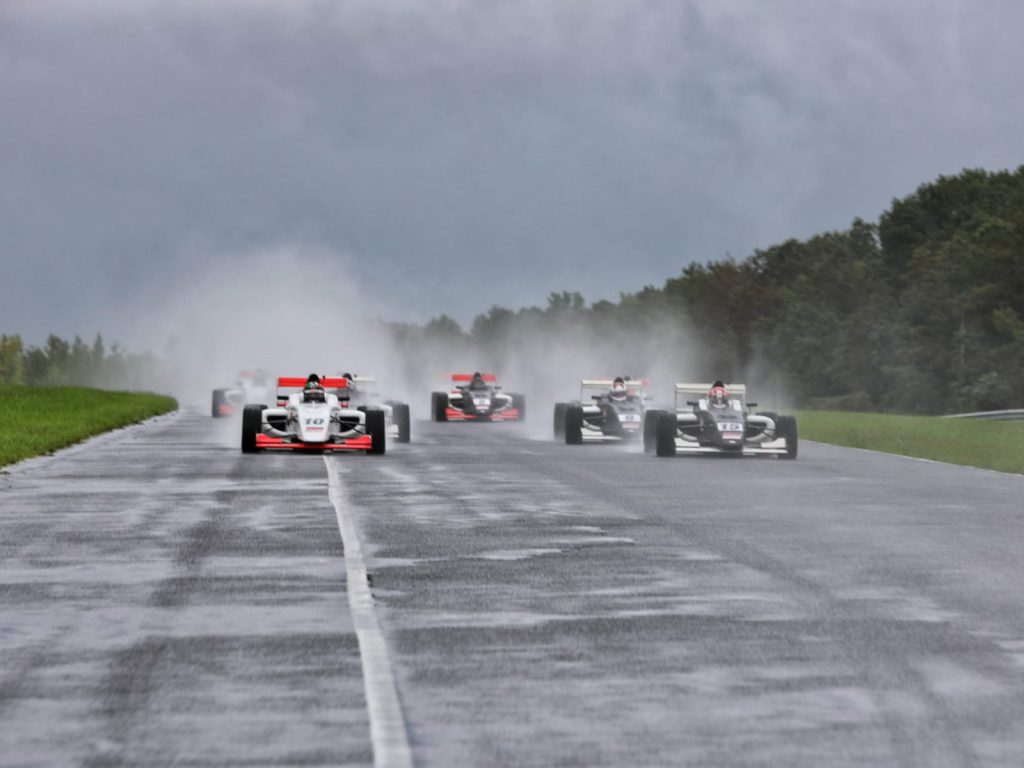 With conditions trending towards dry, Qualifying for Race 2 was as exciting as it gets, with the fastest drivers consistently pushing faster each lap. Guindi would set the fastest lap, nearly a second faster than the next driver, but after being assessed a penalty from the stewards, he would find himself in unfamiliar territories – the back of the grid. Capitalizing on his mistake, Ho would find his way to his first pole, followed closely by the Lambros brothers with William taking P2 and Dean taking P3.

Ho was able to hold the Lambros brothers off with a phenomenal start in Race 2. The excitement was not contained to the front of the pack. Guindi, starting at the back of the grid, found his way up to P6 after the first lap and would find himself within striking distance of a podium finish by lap 3.

After 4 laps of racing, William Lambros would find his way around Ho with a clean move to the inside of turn 7. Dean Lambros would hold Guindi off for several laps, but the constant pressure of Guindi would find Dean dropping back to fourth right before an incident in turn 1 would trigger a full course yellow.

Heading in to the restart the order was William Lambros, Ho, Guindi. By turn 1, Guindi and Dean Lambros were second and third respectively. Crossing the finish line, William Lambros would make up for Race 1 and claim his first victory in the Skip Barber Formula Race Series, followed by Guindi, and Dean Lambos, though after a penalty assessed by the stewards, Dean would find himself in last place while Ethan Ho would claim his 3rd podium finish.

After two Rounds of racing, Guindi remains in the lead (132 points), with Ho just 10 points back. The ever consistent Cadwalader jumped up in the standings and currently sits third in the Championship with 110 points.

For the next Round of the Skip Barber Formula Race Series, we are headed to the home of Formula 1 in the United States – Circuit of the Americas. This 20 turn track will provide a new challenge for the series racers. Follow the action by follow Skip Barber Racing School on Facebook and Instagram @SkipBarberRacing and #SkipBarberRaceSeries.