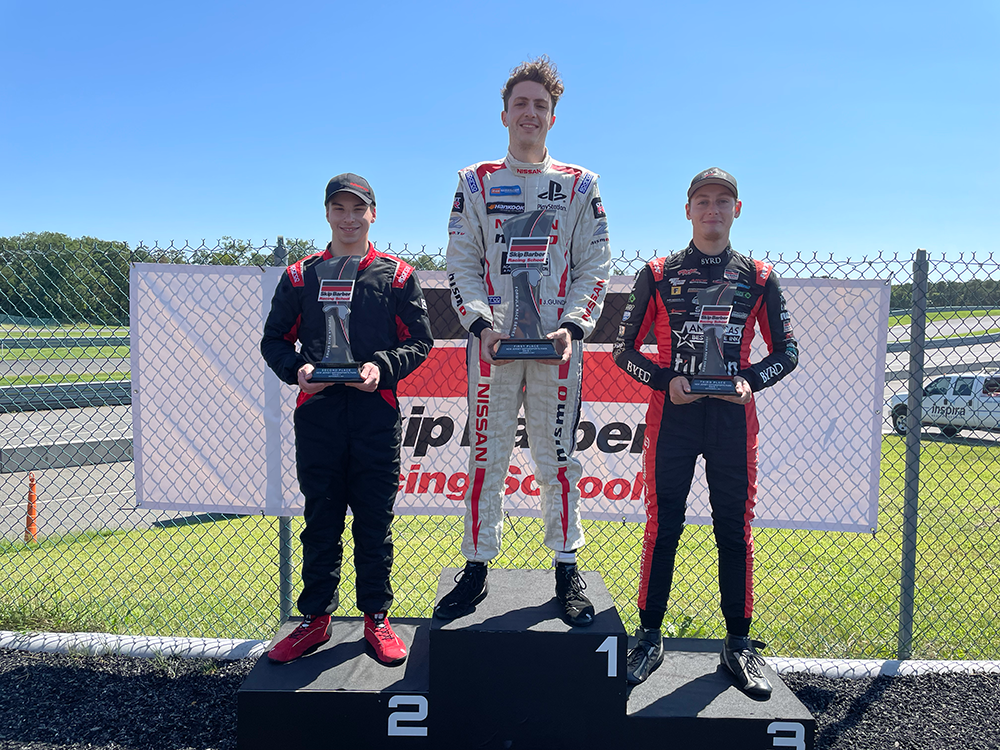 Johnny Guindi and Nathan Byrd claim wins at Round 4 of the Skip Barber Formula Series at New Jersey Motorsports Park Lightning! The drivers put on a fantastic show featuring close laps times, clean racing and high levels of driver skill.  Although weather threatened the race area over the 2-day race event, every session was ran in dry conditions.

Kart racer turned formula car racer, Jeshua Alianell led the field to the green flag for Race 1. Guindi passed Alianell and pull away to claim another win on the season. Alianell maintained solid pace and finish runner-up. Byrd hustled his way through the field after starting P10 due to an off-track in qualifying and was able to methodically work his way up to third place.

Guindi carried his speed and momentum into Race 2 and maintained the lead from the pole position. Byrd worked his way up to second place while Alianell held the third spot. Around the midway point through the race, the caution flag waved as Alianell went off track at the end of turn 7 and unfortunately was unable to drive back on-track. The field was bunched back up for a restart and Byrd passed Guindi for the race lead. Early in the green flag run, another incident brought out another yellow flag. The race was unable to be continued as time ran out allowing Byrd to claim the victory over Johnny Guindi and Bobby Krug, another karting driver that made the transition from karts to cars with Skip Barber Racing School, rounded out the podium after starting from the sixth position. 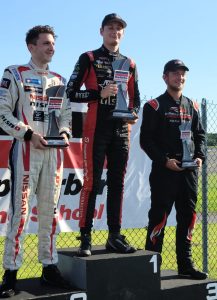 At the end of the day, the times were very close across the entire field – showing the talent and even playing field offered by the Skip Barber Formula Series. A tenth separated the top 4 and 2 seconds separate the top 7.  Both race winners, Guindi and Byrd, have an impressive amount of experience across all forms of motorsports, including sports car, stock car and dirt racing, and continue to learn with our Skip Barber Racing School programs.

The next round of the Skip Barber Formula Series will be held at Mid-Ohio Sports Car Course on October 1-3! Click here to learn more about our Formula Race Series and how to join!