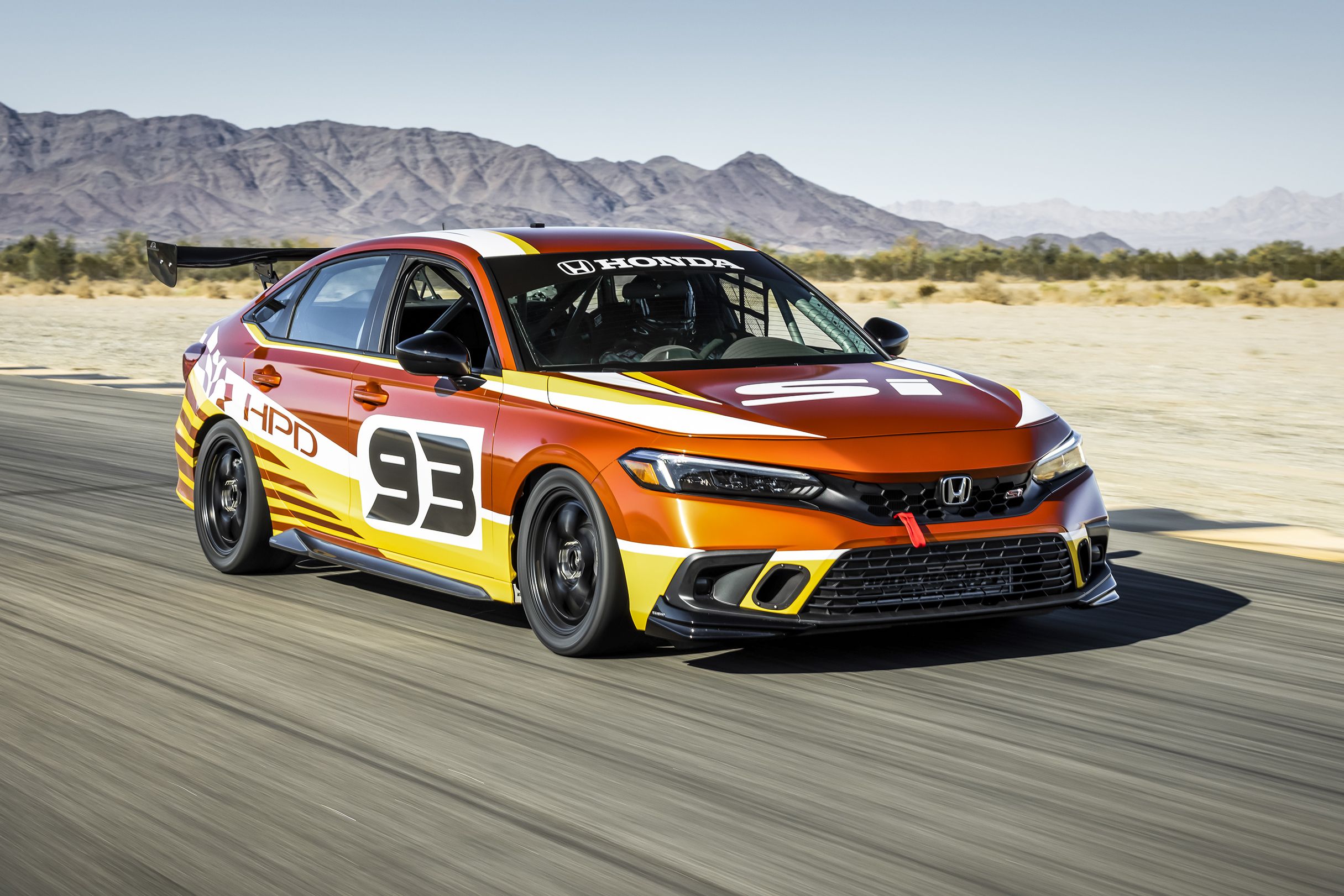 The 2022 HPD Civic Si race car, which made its first public appearance at the 2022 SEMA Show in Las Vegas earlier this month, is based upon the thrilling performance of the all-new 2022 Civic Si road car and represents the next-generation of HPD’s turn-key Civic race cars. Created, developed, and tested in-house by HPD engineers, the race car is suited for touring car competitions including SRO TC Americas, amateur touring car series, club racing, and dedicated track day use.

The Skip Barber Race Team will field the 2022 HPD Civic Si race car in the SRO TC America series. Through the partnership, both SBRS and HPD will continue to provide opportunities to racers to be competitive in touring car racing and experience the exhilarating vehicle performance of the 2022 HPD Civic Si on the track.

“At SBRS, we allow students to fine-tune their competition skills and earn a racing license to compete in touring car series,” said Anthony DeMonte, CEO of the Skip Barber Racing School. “The Skip Barber Race Team has achieved great success with the previous generation HPD Civic Si race car and the HPD TC Type R race car in SRO the past few years. We are excited to continue this legacy through the 2022 season with the 2022 HPD Civic Si.”

The Skip Barber Racing School has a rich history of producing top tier drivers over the past four decades, including Alexander Rossi, Juan Pablo Montoya, AJ Allmendinger, Jeff Gordon and many more. Founded in 1975, SBRS has a national footprint and has taught over 350,000 people. With a fully integrated system of driving schools, racing schools, race series and corporate events at tracks like WeatherTech Raceway Laguna Seca, Lime Rock Park and Circuit of the Americas, SBRS is an integral part of motorsports in North America.

“The HPD Civic racing line-up is a proven ladder to moving up through touring car levels, with demonstrated success and dedicated HPD support at every level,” said John Whiteman, HPD Commercial Manager. “Our continued partnership with Skip Barber offers a great foundation for drivers looking to earn a competition license, and their program has consistently produced successful racers. We’re excited to see the 2022 HPD Civic Si continue this legacy in SRO next season with the Skip Barber Race Team.”

HPD offers a clear “ladder” of ready-to-race touring car solutions, from entry-level TCA, to the Type R TC, and the pinnacle TCR series. While all three vehicles are based on the bestselling and fun-to-drive Honda Civic, they also feature distinct modifications to allow them to compete successfully in a wide variety of touring car race series in the U.S. and around the world, fitting a variety of different budgets. All competition Civics, along with a full line of performance parts, are available from HPD, including unparalleled trackside support.

Honda Performance Development, Inc. (HPD), has a rich heritage creating, manufacturing, and supporting Honda Racing and Acura Motorsports customers since 1993.  From pinnacle racing in INDYCAR and IMSA Sports Cars to commercial racing programs, HPD powers the dreams of professional and amateur racers from age 4 to 40+. HPD is a wholly owned subsidiary of American Honda Motor Co., Inc. and leads all of Honda and Acura’s high-performance racing programs in North America. HPD specializes in the design and development of powertrain, chassis, electronics, and performance parts, as well as technical and race support. HPD offers parts and race support to Honda and Acura amateur and professional motorsports racers and is continually expanding its palette of racing programs that make Honda racing products available to all racing styles, from karting and Quarter Midgets to the highest levels of pro racing.