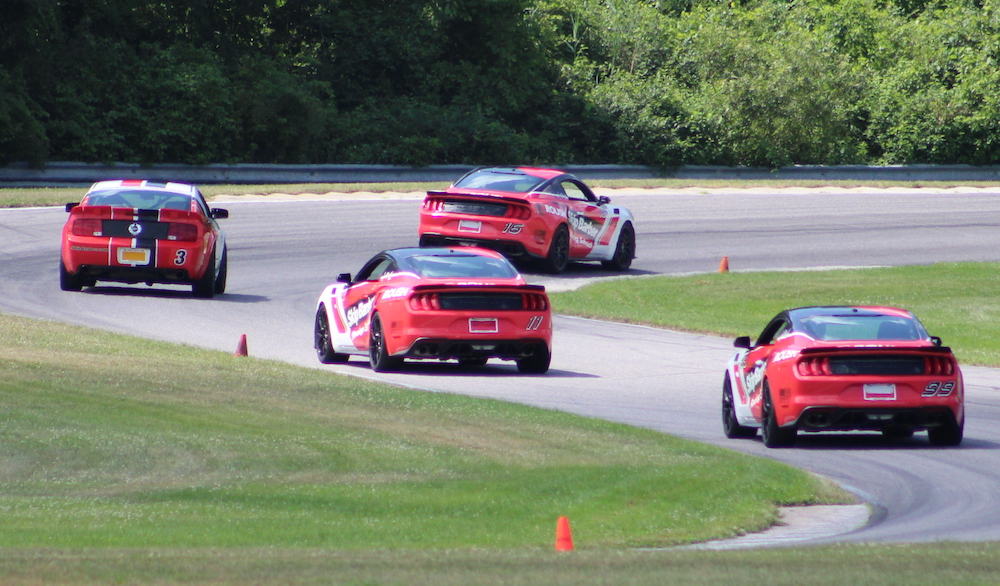 Skip Barber Racing School Chief Marketing Officer Dan DeMonte ran down a full list of superlatives looking back on the 2021 season, but even before summing up, he was off and running, clearly jazzed about the plans for 2022.

But it’s likely even the DeMontes, in just their fourth full year at the helm, could have envisioned the success SBRS enjoyed in 2021:

• Full-up One-, Two- and Three-Day schools on some of America’s most heralded racetracks;

• Growth of its race series relaunched around new-era Formula 4 machinery;

Against the school backdrop came expansion of SBRS marketing into NASCAR, dirt ovals, and the SRO World Challenge America, where the Barber crew was rewarded with a driver’s championship in its first foray. 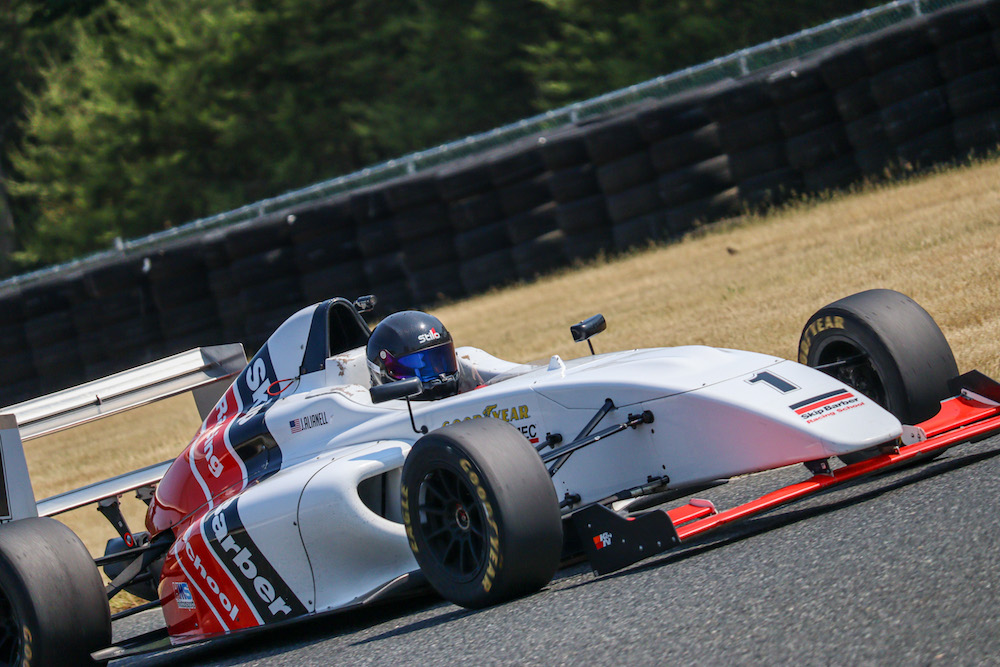 “It’s not just what I’m  learning on the track,” said Alianell (who would miss out on the series title by just two points, 318–316) early in the season.  “The coaching I’m getting off track [is] just as important  – how to work with social media and just learning to handle myself as a professional.”

Nowhere was  that more evident than in the SRO’s tough TC America series, which SBRS co-sponsored and in which it entered upwards of six immaculately prepared Honda Civic Si’s, taking the “arrive and drive” cost-effectiveness of its Formula Car Race Series into a new (to them) arena: professional sedan and GT racing. 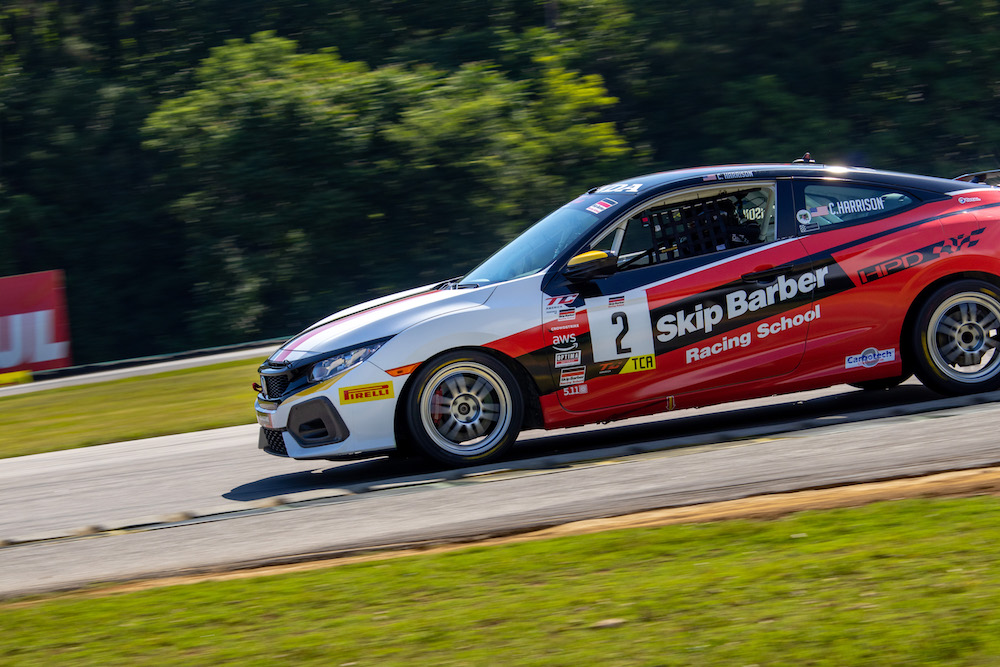 With experienced SBRS coaches Eric Powell, Carter Fartuch and Mike Stillwagon joined by a quartet of customer drivers during the season — school graduates Colin Harrison, Ken Fukuda, Mike Ogren and social media star Lindsay Brewer — the red and black Hondas were season-long front-runners in two of the three classes. In the end, Powell laid claim to a hard-fought TC driver’s title and the fledgling SBRS SRO effort finished second in both TC and TCA teams championships.

“We’re excited to show off the driving talent of our coaches,” DeMonte said, “and we’re proud of Eric for bringing a TC title home in our team’s first season. But we’re more excited watching our ‘rookies’ improve. This is the essence of what SBRS does, taking novices through to the professional ranks.”

Twenty-year-old Harrison was chief among the latter, finishing a cautious 10th in his pro series debut at VIR but moving steadily up through the finishing order, gaining in confidence as the SRO season wore on.

“I always liked cars, but I never did karting, never raced,” said the young Ohioan, who first  attended a pair of Skip Barber schools while in high school. In early 2021, he left college mid-semester and made the big leap into the hectic SRO small-sedan series after impressing instructor Stillwagon on a lapping day at Laguna Seca and later a wet test session at COTA.

Harrison, Alianell, and others say the Skip Barber Racing School is an unequaled value proposition for drivers looking to develop their racecraft. On their way through, they get more seat time than other driving schools provide, as well as access to and mentorship from some of the best, most experienced instructors in the country.

Still, the entire SBRS team is pushing to broaden their “contact patch” — a powerhouse driver development structure. “We are so lucky to have a group that allows us to ascend to the highest levels of the industry, including our CSRO Joe Monitto, who is critical to our success.” added DeMonte.

In early December, SBRS announced  a new partnership with Honda Performance Development for 2022.

And set to open early in 2022 is the new SBRS Karting Academy at the America Dream Mall in East Rutherford, New Jersey. This will give the Skip Barber folk a greater pipeline to driver development, with its coaching and instructional capabilities able to reach new talent at a very young age.

Though it has turned out thousands of its graduates who have made careers in IMSA, IndyCar, NASCAR, international  sports car racing and even Formula 1, the current SBRS team insists the holiday-season focus is all on next year and the next several generations.

The hands-on SBRS front-office crew are already hard at work on next year’s list of superlatives.