4 Podiums in Opening Round of TC America! 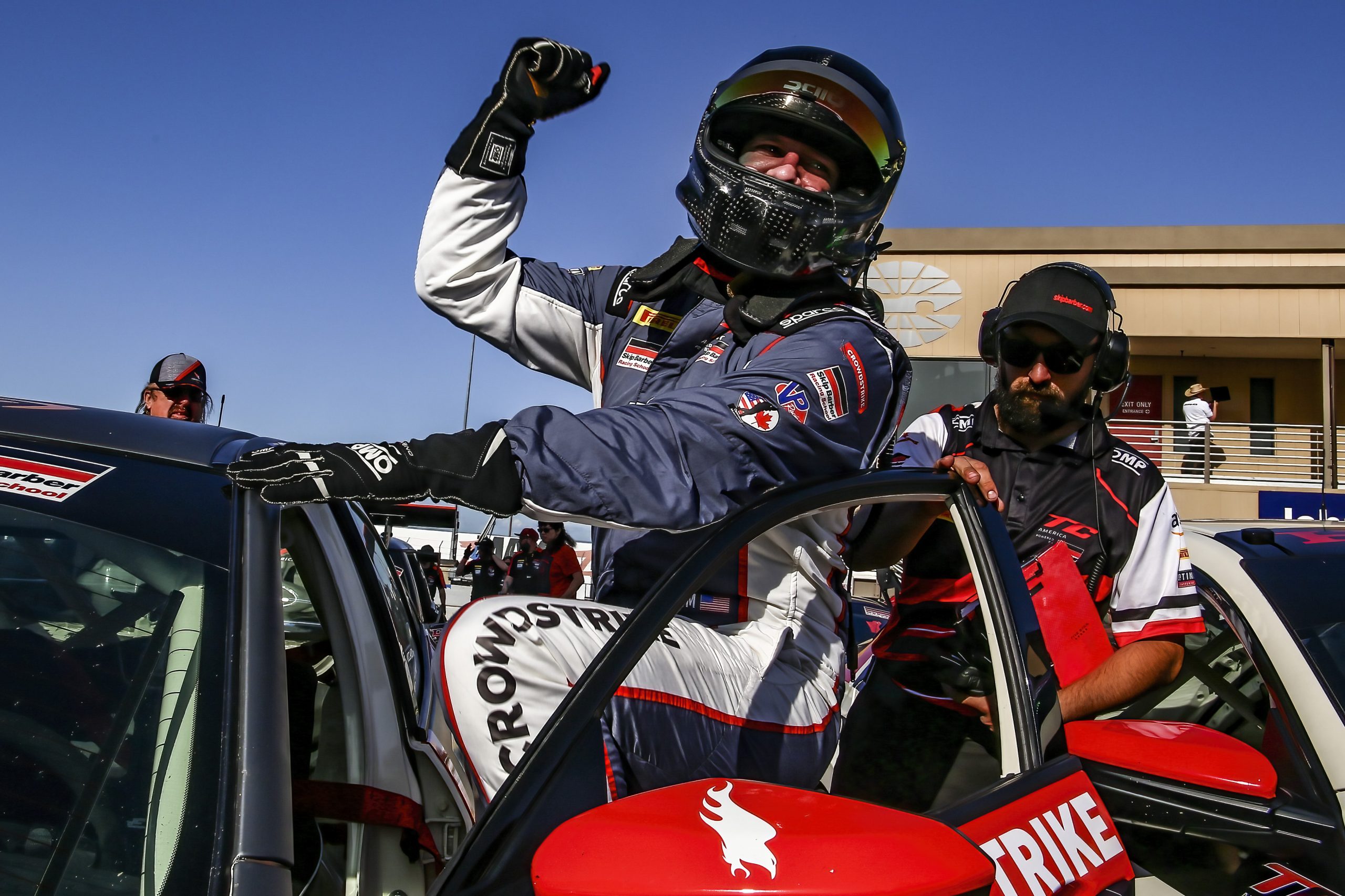 The Skip Barber Race Team was in winning form on Friday at Sonoma Raceway for the opening round of TC America powered by Skip Barber Racing School. Kevin Boehm was at the top of the charts in the first practice, while his class teammate Ken Fukuda placed third. In TCA, Carter Fartuch piloted the brand-new 2022 Gen 11 HPD Civic Si to third in the first practice and drove his way to the top of the charts in Practice 2. Colin Harrison placed ninth in Practice 1 and gained nearly three seconds in Practice 2 to finish seventh. 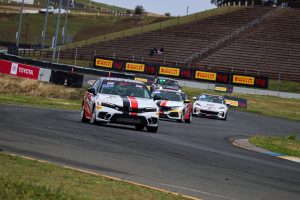 Saturday’s TC qualifying session was suspended after multiple cautions, and the grid for Race 1 was set by the practice times. Kevin Boehm was assessed a five-spot grid penalty and started in the 6th position. The first of the Skip Barber Race Team drivers to take the green flag was Ken Fukuda, who rolled off from the outside of row 2 with his teammate Boehm right behind. Boehm wasted no time wheeling his No. 9 Skip Barber Racing School / CrowdStrike / AWS HPD Civic Type-R to the front of the field, making five passes in the opening 10 minutes. Once out front, he never looked back and claimed victory. Fukuda battled his way to an impressive 4th place finish in the No. 42 Skip Barber Racing School HPD Civic Type-R. 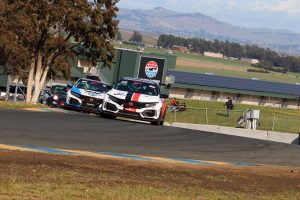 In the TCA race, Carter Fartuch started the from the pole position in the new 2022 Gen 11 HPD Civic Si and dominated, showing the incredible ability of the driver, car and race team. Fartuch finished 7.6 seconds ahead of the second-place driver. Sophomore driver Colin Harrison continued to impress and improve by setting a new personal fastest lap. In his first time running on the 2.5-mile road course, he showed enormous potential by maintaining the seventh position from start to finish behind the wheel of his No. 2 Skip Barber Racing School HPD Civic Si. 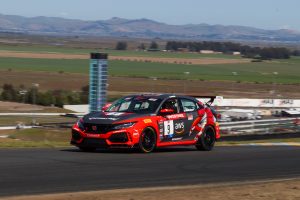 The grid for the TC Class Race 2 was set by using lap times from Race 1, placing Kevin Boehm second and Ken Fukuda in fifth. Kevin jumped to the lead early on but had to defend a hard-charging Clay Williams the entire race. Boehm took the checkered flag and swept the weekend in the TC Class. The native Californian displayed his skill and determination before his hometown crowd and earned a hard-fought sixth-place finish. 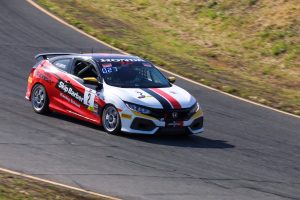 Once again, Carter Fartuch claimed pole position in Race 2 and led the TCA field to the green flag while his teammate Colin Harrison rolled from tenth. Fartuch had his hands full in the early laps as he battled intensely with Gresham Wagner for the top spot. Fartuch finished second, chalking up his second podium finish for the weekend. Harrison was able to gain two positions throughout the race, completing his day in the eighth position. He ran a personal best lap improving over 3 seconds from the first session.