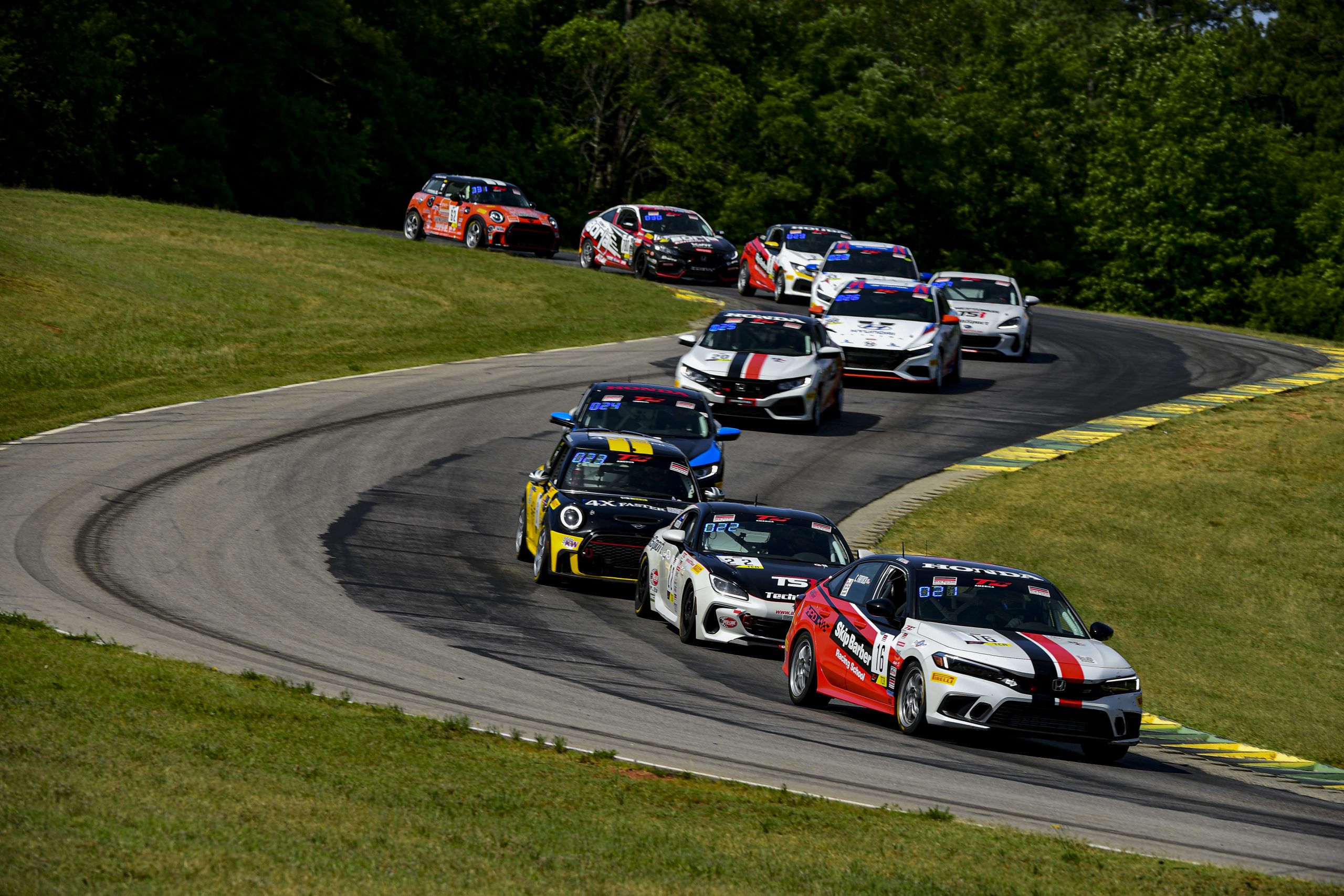 In the perfect blend of experienced drivers and engineers, the Skip Barber Race Team showed a strong pace in the practice sessions that led to a solid qualifying effort, putting the entire team in the fight for podium contention. In addition to the team effort, good track conditions and cooling weather conditions benefited the Skip Barber Race Team in their qualifying session. Kevin Boehm qualified on the pole in TC class with a time of 2:02.569, nearly 1.5 seconds faster than second-place time, while his TC class teammate Ken Fukuda placed fifth in the No. 42 Skip Barber Racing School HPD Civic Type-R. In TCA class, Carter Fartuch wheeled his No. 16 Skip Barber Racing School 2022 Gen 11 HPD Civic Si to the top spot, but a mechanical issue placed him back a row into third place. Mike Ogren put the No. 20 Skip Barber Racing School HPD Civic Si alongside Fartuch after his fourth-place qualifying effort in his first TC America start of the season. In returning to the track where he debuted in TC America last year, Colin Harrison showed impressive pace during his practice sessions and qualified ninth.

In Race 1, Boehm was able to take the TC class victory after a hard-fought battle inside the Top 3 in his No. 9 Skip Barber Racing School / CrowdStrike / AWS HPD Civic Type-R. After issues in the opening laps, Fukuda could maintain pace and bring home a seventh-place finish. In TCA competition, Fartuch made the pass to hold the lead early on but missed out on the top step at the end, bringing home a third-place podium finish. Ogren had a solid performance in his first start of the season, placing in the sixth position after a minor mistake put him back with his TCA teammate Harrison finishing tenth.

In the weekend’s second race, the Skip Barber Race Team improved from their Saturday results by winning both the TC and TCA races. With his back-to-back wins, Boehm had a close race to his first, battling it out with the front runners and leading most of the laps. Red flag conditions halfway through the competition brought the field back tight together with limited time on the board. Fukuda showed an increase in pace from Race 1 and was contending for the podium, but an, unfortunately, penalty on the last restart would end the team’s chance of a double TC podium. Fartuch battled within the podium positions throughout the race and claimed TCA victory with a last-lap pass down the backstretch. Ogren was able to find an extra position in the final race, ending the weekend with a fifth-place finish, and Harrison rounded out the team’s efforts with a tenth-place finish.