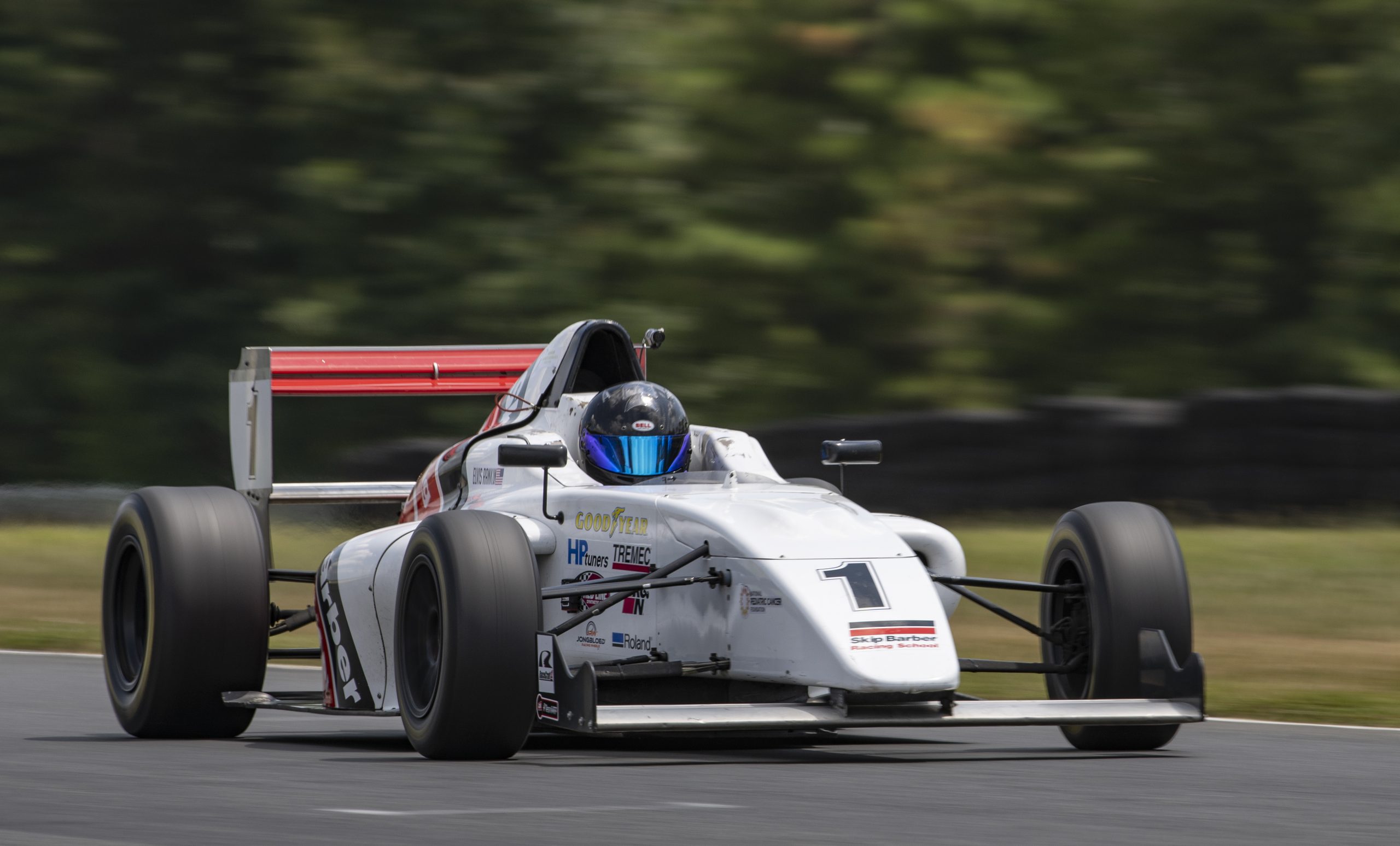 Elvis Rankin swept the race week at New Jersey Motorsports Park (NJMP) in Round 4 of the Skip Barber Formula Race Series. After going four-for-four with wins, sweeping Watkins Glen and NJMP, Rankin takes over the top step in the points standings over Jeshua Alianell. The Skip Barber Formula Race Series drivers enjoyed a new layout, utilizing the Thunderbolt course with the second chicane.

In the Tuesday practice sessions, the Top 3 stayed consistent as Rankin topped the charts with a fastest lap of 1:27.410. Alianell narrowly missed the top of the charts, running a fast time of 1:27.425 in the second practice. Finalizing the Top 3 was Skip Barber Formula Race Series veteran William Lambros with a best time of 1:28.470. Rankin continued with his quick pace to claim the pole position for both Race 1 and Race 2, with fast laps of 1:26.111 and 1:25.476. Lambros found second-place speed in Qualifying 1 while Skip Barber Formula iRacing Series Champion Mikkel Gade took second place in Qualifying 2.

On the start of Race 1, Rankin was able to clear himself of Lambros and began to pull away from the field. The Indiana native was able to go unchallenged to claim his first win of the weekend and ran the fastest lap of the race: 1:26.350. The battle of the race was between Lambros and Gade that ended with Gade being able to work his way around Lambros to finish runner-up, his best finish so far this season. Lambros rounded out the podium in the first race.

As the green flag dropped for Race 2, the field spread out 3-wide into Turn 1 as Lambros made a move up to second on the outside of Gade and Alianell. After his bold move in Turn 1, Lambros was able to hold onto the runner-up position after defending off Alianell. Rankin was able to duplicate his performance from Race 1 and lead every lap on his way to his fourth win in a row.

After four rounds of the Skip Barber Race Series, Rankin overtakes Alianell in the overall points standings with 255 points. Alianell sits 8 points back from Rankin. Krug, Gade and Lambros round out the Top 5 in the overall points standings. In the Master’s division, Bob Perlmutter overtakes Rocco Orlando in the points lead. Edgar White, Nathaniel Duckles and Jimmy Dai round out the Top 5 in the Master’s division. Check out the rest of the points standings by clicking here, and learn more about the Skip Barber Race Series by clicking here.