Skip Barber Alumni on Top in F1 and NASCAR 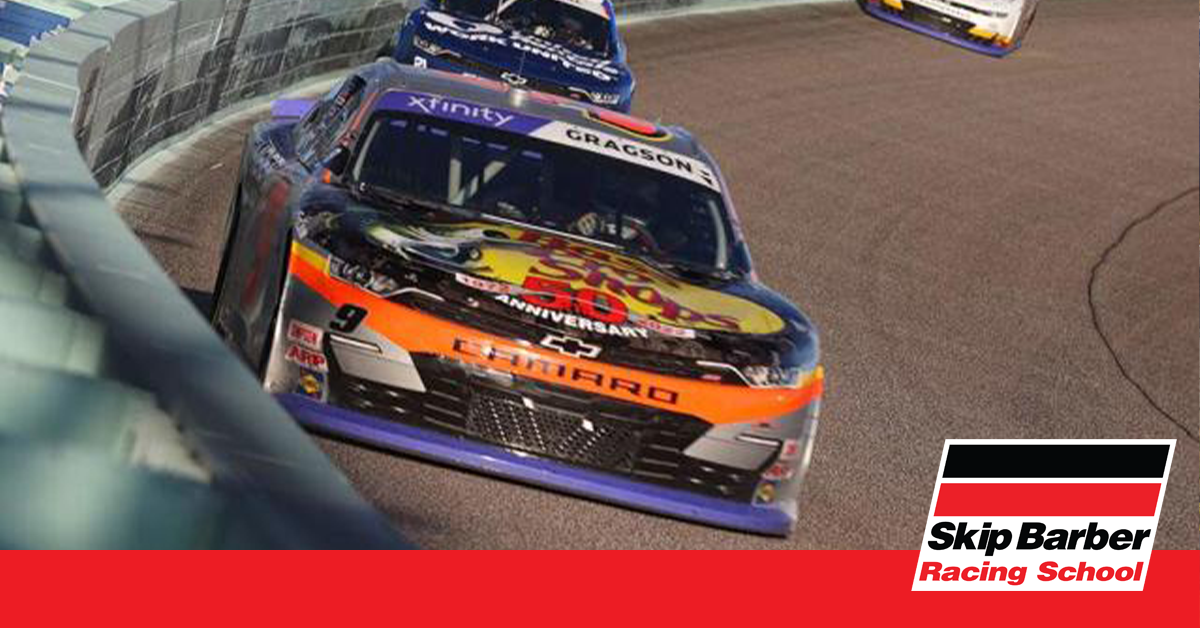 Sergio Perez finished fourth in the United States Grand Prix at Circuit of the Americas. Perez assisted Red Bull Racing in securing the 2022 Constructors’ Championship and currently sits third in the drivers’ points standingContact early in the race had damaged the No. 11 Red Bull Racing entry, but was still able to keep the car towards the front of the field.

Ross Chastain finished runner-up in the NASCAR Cup Series race at Homestead-Miami Speedway. The driver of the No. 1 Team Trackhouse Chevrolet qualified 20th but made his way through the field to claim his eighth podium finish of the season. Chastain,a graduate of the Skip Barber Advanced Coaching program, is placed second in the NASCAR Playoffs standings. In his partial NASCAR Cup Series campaign, Skip Barber Race Series Champion A.J. Allmendinger finished in third.

In the NASCAR Xfinity Series race at Homestead-Miami Speedway, Noah Gragson picked up his eighth win of the season, punching his ticket into the Championship 4. Gragson dominated the race, leading a race-high 127 of 200 laps behind the wheel of the No. 9 JR Motorsports Chevrolet. Gragson is also a Skip Barber Advanced Coaching alum and receives one-on-one race weekend coaching with Skip Barber Instructor Carter Fartuch. Pulling double duty running both in the Xfinity and Cup Series, Allmendinger scored another third-place finish on his weekend.