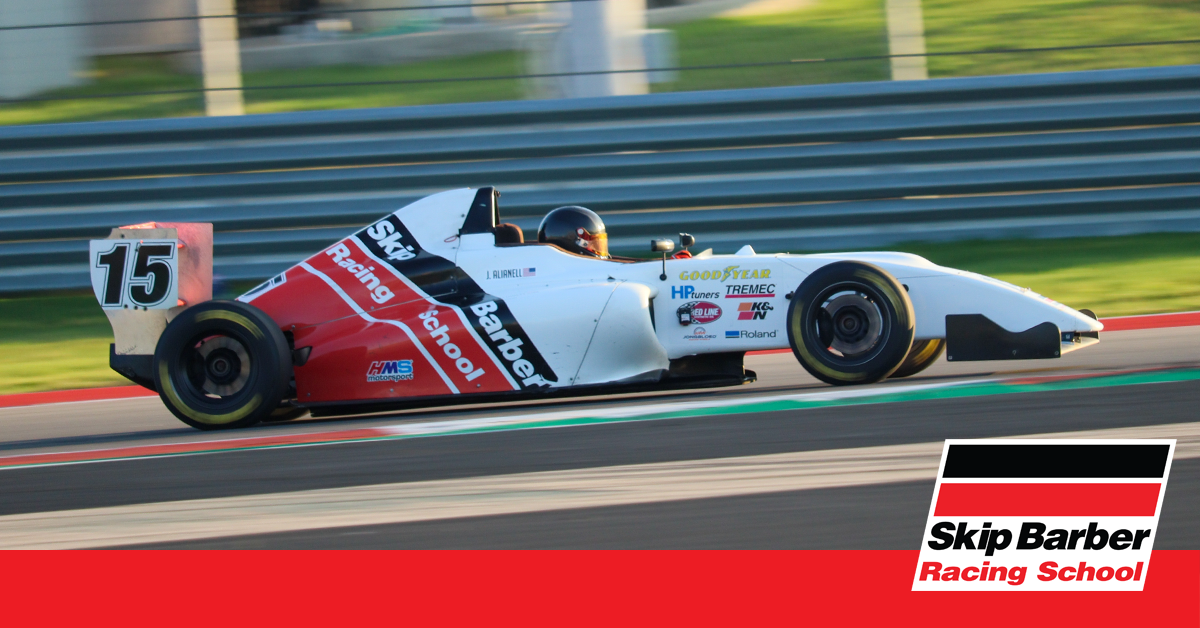 Rankin set the fastest lap with a 2:20.219 in the first qualifying session. Alianell joined Rankin on the front row, missing out on the pole by 0.215.  In his first start ever, Jaxon Bell, the son of Skip Barber Race Series Champion, former Instructor, and NBC Sports Announcer Townsend Bell, qualified third with a time of 2:20.751. The same Top 3 drivers took the Top 3 positions in Qualifying 2, but Alianell was on the top of the charts with a blistering 2:19.950. Rankin qualified second, 0.277 seconds back, and Bell qualified third, only 0.082 slower than Rankin.

At the start of Race 1, the field spread three wide, but most of the drivers maintained their position through the first set of corners. Rankin led the way as the top 3 began to pull away from the rest of the field. On lap 2, Alianell challenged Rankin for the lead and took the top spot, leading to the checkered flag and claiming his first win of the event with a margin of 2.366 seconds over Rankin. Bell maintained his position and stayed within striking distance of the front-runners to finish third in his first race. Nicky Glazier had a quiet and consistent race, finishing fourth after holding the position throughout the entire race. Bobby Krug, holding third in the Championship points coming into the week, rounded out the Top 5 after driving from the rear of the grid after a spin in his qualifying session.

Race 1 winner Alianell led the field to the green flag for Race 2. Similarly to Race 1, Alianell, Rankin, and Bell made it a race between the three drivers by checking out from the rest of the field. Alianell led flag-to-flag to pick up the sweep, winning both races of the season finale. In the closing laps, Bell passed Rankin for the runner-up position. Krug and Glazier traded passes for the fourth-place position, with Krug taking fourth at the checkered and Glazier rounding out the top 5. 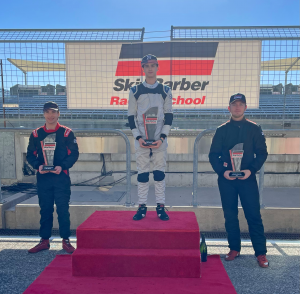 In the final championship standings, Rankin wins the championship over Alianell by an 8-point margin. On route to his championship, Rankin claimed six wins and eleven podium finishes. Rankin follows in the footsteps of 2021 Champion, Johnny Guindi. Both drivers received scholarships to the real-life Skip Barber Formula Race Series from their performance in the virtual Skip Barber Formula iRacing Series.

Alianell finished the year off strong, sweeping the final round at his home track, and claimed a total of four wins and ten podium finishes. Bobby Krug maintained the third-place position in the overall points standings with three wins and seven podium finishes. 2022 Skip Barber Formula iRacing Series Champion Mikkel Gade and Skip Barber Formula Race Series veteran William Lambros completed the top 5 in the final championship points standings. In the Master’s division, Bob Perlmutter secured the championship over Quentin Wahl by 80 points. Edgar White, Rocco Orlando, and Nathaniel Duckles round out the top 5 in the Master’s division. Check out the rest of the final points standings by clicking here, and learn more about the Skip Barber Formula Race Series by clicking here.