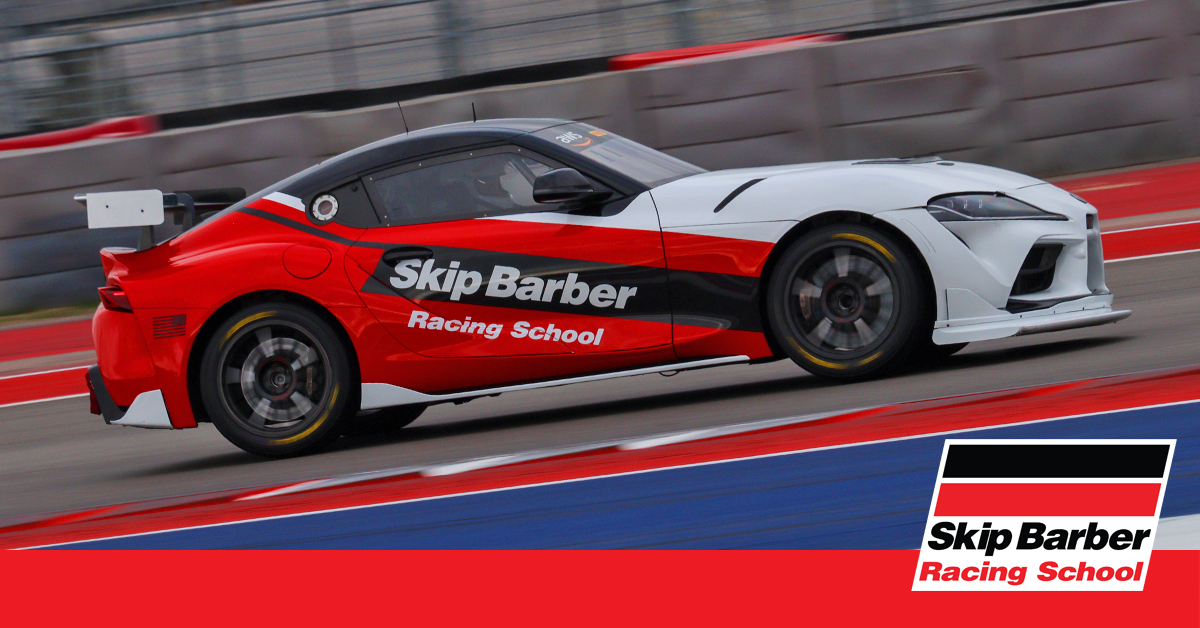 Skip Barber Racing School is expanding its presence at the highest levels of motorsports with a Toyota GR Supra GT4 in the Pirelli GT4 America 2023 season. Matt Forbush will pilot the new entry with Skip Barber Lead Instructor Carter Fartuch as co-pilot.

“I feel like this is the perfect match to continue the progress we have made in the Supra GT4 over the last two seasons,” said Forbush. “I could not ask for a better scenario than to run with Skip Barber. They provide so many opportunities to improve as a driver, not only in the Supra, but with the access I have to their team of world class instructors at just about every track in the country through their racing schools.  On top of that, I will have Carter in the car with me to learn from and, most importantly, put the car up front.  I am very optimistic about what the season holds for us!”

Fartuch is coming fresh off a strong season in TC America, where he debuted the Gen 11 HPD Civic Si and finished runner-up in the TCA class. Although most recently experienced in TC, Fartuch is no stranger to SRO GT racing. Fartuch was the 2019 Saleen Cup Young Class Champion and is looking forward to transitioning from TC to GT.

“I am beyond excited to compete in GT4 America alongside Matt Forbush, backed by our incredible Skip Barber Racing Team,” said Fartuch. “Having come from GT racing, taking the last two years and competing in TC America was a very fun and new challenge, and I’m grateful for the success that I had in the series and the developmental work we were able to do. This season, I want to bring that same success back into GT racing behind the Toyota GR Supra GT4.” 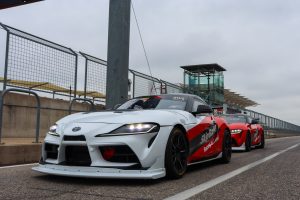 The GR Supra GT4 is based on the GR Supra – TOYOTA GAZOO Racing’s first-ever global model. A three-liter in-line six-cylinder engine with a single twin-scroll turbocharger has been tuned to 430hp with a 7-speed sports automatic transmission with paddle shift and the mechanical limited-slip differential driving the rear wheels. The front splitter and rear wing are made of natural fiber composite, contributing to an overall weight of 1,350kg.

“The decision to choose Toyota was an easy one as we have been utilizing the street version of the GR Supra at our schools and event activations,” said Joe Monitto, Chief Revenue Officer. “Our students have a blast driving them and our instructors are consistently impressed with the on-track performance. When we decided to enter GT4 America, the Supra GT4 was our top choice.”

The Skip Barber Race Team is campaigning the full Pirelli GT4 America Championship while maintaining their championship-winning TC America race team, starting with the first round at Sonoma Raceway from March 30 – April 2. The team is going into its third season after back-to-back TC class championships, manufacturer championships, and a pair of Top 3 points finishes in TCA. Last season, the team secured 13 victories across all drivers with over 25 podium finishes. Combining our world-renowned driver coaching, unsurpassed technical know-how, and access to affordable testing, the Skip Barber Race Team is the ultimate platform for the arrive-and-drive racer.

For more information on how to race in the Skip Barber Race Team in GT or TC competition, call us at 866-932-1949 or at [email protected].